The Economist invites Victor Ai to elaborate on the AI CITY

The Economist's virtual event "Technology for Change Week Asia" took place this week between 8th-12th of March. With over 40 hours of content, more than 100 speakers from around the globe joined the event, once again bringing Asia into the spotlight of urban digitization. Terminus Group's Founder and CEO, Victor Ai, was invited to give a speech on Terminus AI CITY during the case studies session on the second day of the event. 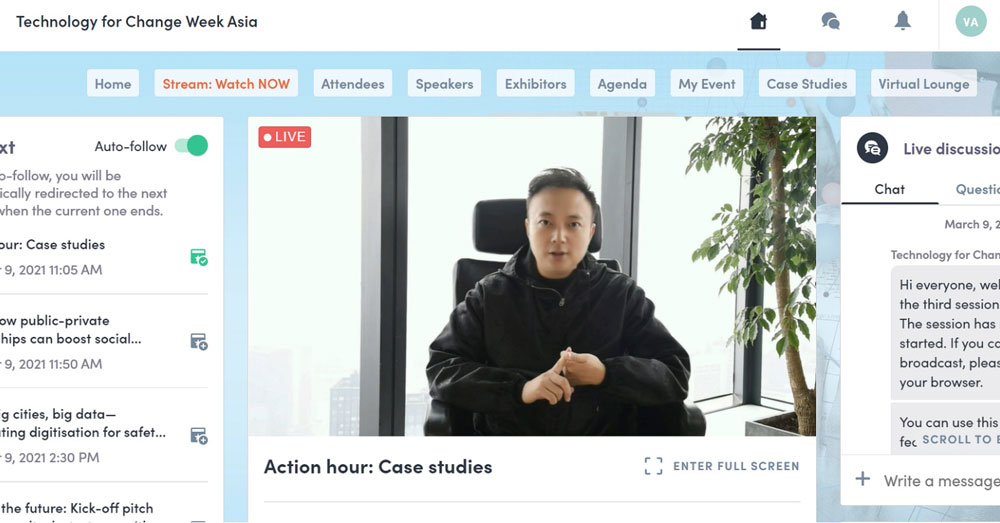 Victor Ai shared the next-generation AI CITY and his AI industry insights with more than 10,000 visitors of the Economist community at the event held online. He highlighted the forward-thinking vision from which the idea of AI CITY originates, and elaborated why AI CITY is an advancement of current Smart City.

While Asia has been rapidly progressing in the development of Smart City projects and the construction of other digital technology-based infrastructure, Terminus AI CITY introduces even more opportunities to the industry. And thanks to its refined framework, AI CITY makes it possible to elevate the city into a sustainable ecosystem with its own autonomous digital operating system.

AI CITY is born based on the new technology infrastructure. The digital economy is being developed through new ICT technologies such as 5G, AI, IoT, and so forth. "The ICT technologies involving connectivity, supercomputing, cloud, and intelligence are integrated with industry applications, which inspires a broad array of urban innovations," shared by Victor Ai during the case study session.

According to Victor Ai, the traditional smart city is a solution-based scenario that tackles issues occurring in cities by utilizing digitalized solutions. However, the AI CITY is a more refined version of the Smart City, which involves a data-driven digitalized operation system to solve cities' problems automatically. The city becomes the manager with capabilities of sensing the problems, think about the problems, and eventually solving them autonomously. 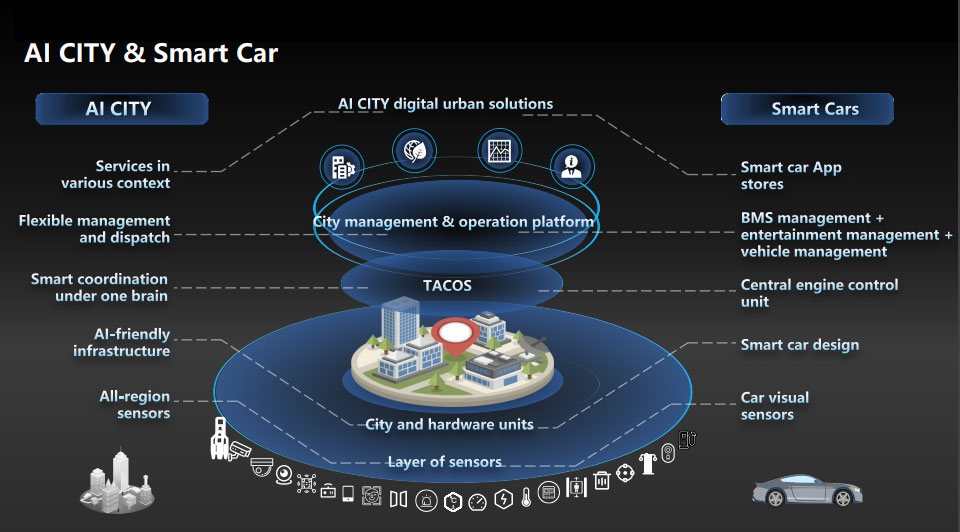 Thanks to the "brain" of the AI CITY, people can enjoy the city and conveniences it brings to the fullest. Just like a platform streaming TV shows, it knows what programs you like. The AI CITY can provide residents with accurate and tailor-made services because it can customize a perfect service plan just for you. People will enjoy a better experience supported by sophisticated and personalized services.

AI solutions on the rise in Asia

What's more, smart end-users in Asia are ready for new digital disruptions. According to the recent Google report, Singaporeans have about 3.3 connected devices each, with smartphones being the most used device. Asian apps and websites command an ever-increasing share of global activity, and Eastern and Southeastern Asia account for roughly one-third of the world's total internet user population as of the beginning of the year 2020 (1.5 vs 4.5 billion), as per Hootsuite's report. "The fast-growing smart industries in Asia, such as those of China, South Korea, Singapore, and Japan, help people move more quickly towards an AI-enabled world. No matter if it's a smartphone or a smart home, people here are getting used to living with fast adoption and adaptation of smart solutions," said Victor Ai.

In recent years, APAC has witnessed digital urbanization booming. Social innovation here is usually driven by policymakers, forward-thinking organizations, motivated tech companies, and individual citizens. For example, in Singapore, the "Smart Nation" initiative has become one of the vital nationwide policies to promote the development of the smart city. As a city nation, Singapore has launched various national strategies for popularizing data-driven smart platforms and tech-enabled solutions.

'Operation as a Service'

From smartphones to electric cars, there’s a lot of guessing about what the next big change will be. Looking at smartphones and cars as "services" could be the answer. While explaining how Terminus AI CITY followed the digital trends, Victor Ai said that smart hardware is no longer about the devices/infrastructure fulfilling certain functions: they are part of the digital ecosystem that people rely on every day. In this way, the value of the ecosystem increases, and the functions of the smart tech are extended.

So how can Terminus Group deploy and maintain the super ecosystem? In terms of software, the TACOS (Terminus AI CITY Operating System) allows isolated operating systems to merge and connect the whole city, therefore solving the city' problems in a more efficient and agile way. TACOS, in a fashion similar to that of Apple's iOS, enables various vertical solutions and industry chains to solve urban issues. The AI CITY also uses OTA-backed software, thus each city layer in the AI CITY will capture personalized requests flexibly and instantly, tailoring complete systematic solutions.

As for hardware, the whole city is very futuristic - equipped with the data center, the supercomputer center, the IoT sensors, and robotic services all over the place. The campus-style city is accessible to robotic services as the means of connection. The robots, being the part of Terminus Group's smart solutions, play major role in providing the environment observation, security assistance, distribution of the materials and catering services, while also being the terminals connected with the robot management platform, which fully demonstrates Terminus Group's understanding of the big picture of the AI CITY.

By establishing an organic ecosystem, just like Apple and Tesla did, Terminus AI CITY creates a world in which the integral ecosystem encapsulates every single service and device. To realize the "operation as a service" city model, the city coordinates six sections – security, environment, infrastructure, traffic, management, and service – and creates modules for configuration and matching in line with digital analytics as a result. The "operation as a service" concept can make "bespoke urban services" come true, while the ecosystem can be evolving by itself through constant learning and data updates.

Established in 2015, Terminus Group has leveraged AIoT technologies to provide Smart CITY solutions that help in building smarter communities, bolstering security, and enhancing residents’ experience. Terminus Group was established with a team of ambitious technologists. The vision is to build a platform that bridged the gap between AI and IoT in anticipation of what we now know as the "intelligence economy". It is exploring the boundaries of AIoT to make the world a more intelligent and connected place. The company has provided more than 8000 AI City and smart service solutions in different cities around the world so far. Terminus Group's products and services include, but are not limited to: smart scene services, cloud platforms, edge networks, terminal products, and many more. Terminus Group was selected as the only Chinese official premier partner of Expo 2020 Dubai, which will create great opportunities for AI CITY's global development.