2022 in review: Terminus Group Founder and CEO Victor Ai says if there is no existing structure, create the blueprint

For Victor Ai, the year 2022 was a turning point in his company. Emerging from the effects of the global pandemic, these challenges were certainly not exclusive to Terminus Group and were felt by many business around the world, in some form or other. Describing the last few years as a corporate version of the fairground game of "whack-a-mole," Victor also recalled another recently challenging time, during the financial crisis of 2008, and noted that when an industry is going through a period of extreme pressure, it is of great importance that a company has strong individual characters that can lead it through to the other side.

Despite the various challenges that Victor and his team face, on a daily basis, he believes that the challenges seen in the global economy are cyclical and, over the last few years, extra-ordinary circumstances can still be absorbed. Victor further notes that extreme challenges often bring out the the best in those who thrive under pressure and it allows the team to re-evaluate priorities and address weakness in processes that come under strain. Referring to his entrepreneurial experience of starting a company, in his case Terminus Group, in 2015, one must go through a process of “rebirth” and, in challenging times recall and use that experience to survive.

In 2022, three highly experienced technical experts joined the team of the Terminus Group. They were tasked with improving the company's product and self-research capabilities. These appointments included a Chief Technology Officer (CTO), and two Chief Scientists in AI and IoT, respectively.

The company's CTO was Dr. Hua Xiansheng, who previously served as the head of the City Brain Laboratory of Damo Academy. There, he was responsible for overseeing the company's technology development and promoting innovation and commercialization of key areas.

Dr. Yang Yang, an IEEE Fellow, was also appointed as the group's chief scientist. He was tasked with overseeing the development of the company's smart Internet of Things (IoT) applications and the research and development of key technologies, such as artificial intelligence (AI). Dr. Ling Shao, who was also an executive vice president of a university in the UAE, was named as the chief scientist, as well as becoming President of Terminus International, responsible for heading up the expansion of the company’s global business development. 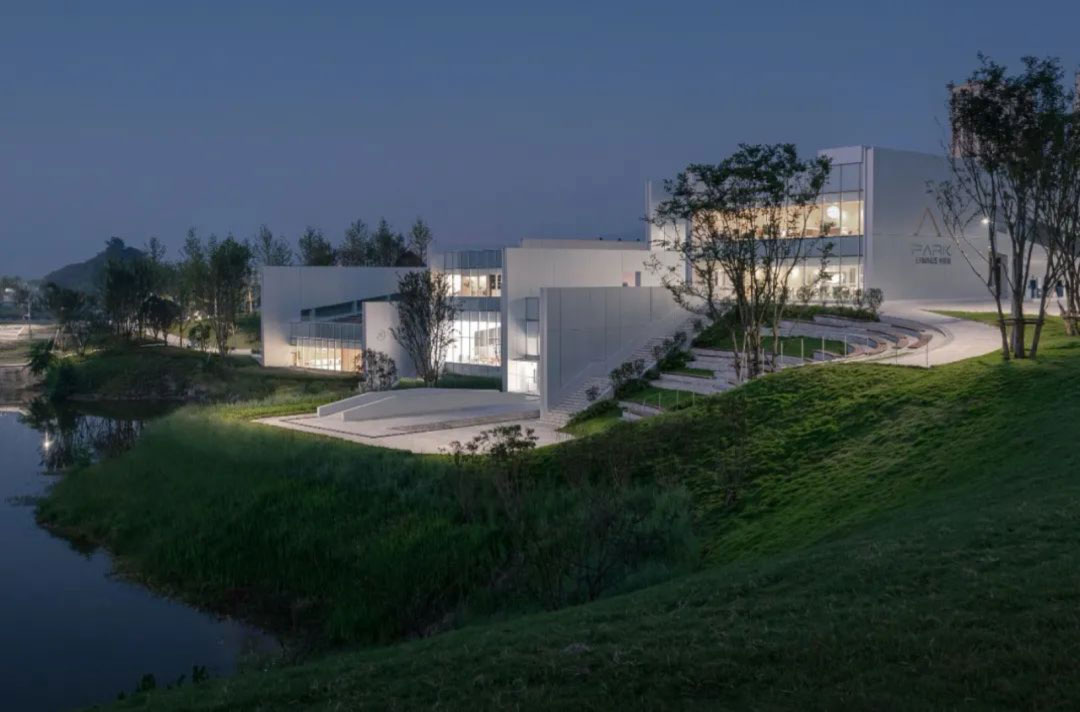 The company is also in the process of developing three AI Cities (or smart cities) where the company’s proprietary smart and digital platform, TacOS, will roll out in cities internationally. The company has been able to implement its concept of AI CITIES in the areas of social, economic, and human wellbeing and lifestyle. According to Victor, the core idea behind the Terminus Group AI CITY concept has always been around improving the quality of life for people.

In this case, clear differentiations can be seen in the strategy of Terminus Group from that of other companies. Instead of putting pure “academic” R&D first, the company has geared its focus on developing products that meet the needs of its customers. This strategy also involves continuously improving the company's technology and products by acquiring the necessary market awareness to understand the human needs of these new urban developments.

As Victor says: “By redefining the smart city sector, Terminus Group is focused on improving the way people live their lives.”

According to Victor, being able to present a concept with ease is a process that he has gained expertise over the years and through extensive knowledge of the products and services required to meet demand. He believes that being able to collaborate with customers during the early stages of a company's development is very important to ensure that the company understands what – and why – it is producing the products and it is also important to recruit the right talent, who also understand and can meet the needs of its customers.

For some time even before 2022, the company has been on the lookout for ideal candidates to join its team. Through a list that Victor had created, he was able to connect with hundreds of individuals from different countries and interview candidates from as far and wide as London, New York, and Silicon Valley.

That said, in 2022, seven individuals made the final selection list. All were driven by a common goal and a similar personality. The successful three scientists who were selected by the company were also considered to be some of the most talented individuals in the global industry. According to Victor, these individuals are like elder statesmen in the field of science, albeit they are by no means in their advanced years careerwise.

The company's common values are focused on improving and aligning the productivity between academic and industries achievements, and in doing so all gear their efforts to promoting social progress. In recent years, many scholars have shifted from their academic field to the industrial sector; however, there are challenges in switching from pure scientific research to playing a vital role in business industries – so the right candidates needed to be carefully selected.

Being able to acquire a deeper understanding of the market and scientific research is just one of the benefits of working at Terminus Group. This also allows the company to differentiate itself from its competitors by having world-class talent working towards developing its human-centric goals for a more improved society.

The collaboration between the company and its scientists is therefore paramount to future success and, according to Victor, he needs to place trust in the values and opinions of the individuals he has selected, so as to allow autonomy decision-making processes regarding the business and markets. Through this strategy, Victor encourages the team to work together to improve the performance of the company.

As a result of these changes, in 2022, the company's talent structure is now better places to expand its scope of operations. As a result, it now offers a variety of business lines, across software and hardware lines and the company's single-point solution is designed to help organizations manage their various projects and activities.

One of the most important factors that the company needs to consider when it comes to implementing its smart city projects is the availability of a core platform that can handle the various requirements of the project. This platform should be able to provide a comprehensive view of the multiple scenarios that the company is working on.

The company's TacOS operating system was developed in-house and provides a bridge between the digital and physical world. Now in its third incarnation, TacOS 3.0, the platform enables organizations to connect their various applications and devices across a city-wide urban environment. Through its unique capabilities, it can manage the processing of massive amounts of information and multi-task interactions.

Comparing TacOS to a large PC would allow you to envision a future city where a keyboard, mouse, and other hardware devices would be used to dispatch and coordinate various smart devices and units, such as parks and buildings, and maintain oversight and manage of the various functions needed to operate a city from one platform.

In September 2022, the company launched the TacOS 3.0 operating system with one of its latest features introducing a variety of low-carbon applications to help future cities address carbon neutral goals, as committed to by many world cities. This was specifically designed to help organizations and operators within the platform to manage and reduce their overall environmental impact.

The carbon neutralization of the industry has become a major task of the 21st century and it has led to the creation of numerous subdivisions within an already huge and growing industrial sector.

Science and technology companies can be categorized into two areas: upstream and downstream. The former involves the development of new energy products using new materials and technologies. The latter involves the creation of digital solutions for the energy industry.

Therefore, Terminus Group’s low-carbon and green product portfolio is focused on the development of end-to-end solutions and smart applications for the AIoT market (AIoT is the increasing combination of AI and IoT solutions as integrated applications). Using its TacOS 3.0 operating system, the company can also help organizations implement multiple energy-saving and efficiency projects.

According to Victor, the company's approach is similar to that of an AI CITY as it involves the development of technologies that are related to the digitalization of energy. These include artificial intelligence, computing power, network strategy and more. He also noted that many energy industry organizations are currently exploring the use of new energy sources which further digitalization will help improve, in terms of resource management.

Despite the various opportunities that are available to the energy industry, he noted that it is still not feasible to fully realize the potential of the industry, but that Terminus Group is considerable places to help organizations implement the most effective energy management strategies.

Through the use of its proprietary operating system, the company can develop a common platform for multiple projects, such as smart campuses. This will allow the company to help organizations implement solutions across multiple industry verticals.

Upper-layer applications can be developed through a variety of methods, such as drag and drop and low code. These can be quickly and easily implemented based on Terminus Group’s system, allowing organizations to reduce their costs. Such projects can be shortly completed in around three weeks compared to three months before.

The company's ability to adapt to different scenarios and its ability to provide a variety of solutions are some of the main selling points of its products. Due to the increasing recognition of its products, the company has changed its approach and introduced a new type of order processing system. This new approach has allowed Victor to spend more time on the company's business strategy.

Despite more changes that could happen across the organization, in addition to those seen in 2022, Victor noted that it is still important to maintain a steady and consistent approach to improve the company's performance. To this end, the company has established a comprehensive strategy that includes the development of its core middle platform and the implementation of its operating system.

Structurally, the company's various business lines are now under independent management, with these divisions focused directly on meeting the needs of their customers.

The company’s reinvigorated approach, in 2022, has seen its focus turn to enhanced team cohesion, during this challenging time. According to Victor, the growth of its various business lines is being accelerated by the heads of these divisions and it has already been noted that as the company overcomes the recent challenges, it remains in a great and strong position to build out further in the coming years.

Despite the continued pressures of the global economic situation, Victor remains confident about the future. He noted that the country's technological and productivity sectors will continue to be developed in the next few years and believes that, across the AIoT industry, companies are increasingly thinking about how their products and services will serve the future of humankind. For Victor, this is a clear sign that the world is on the right track.