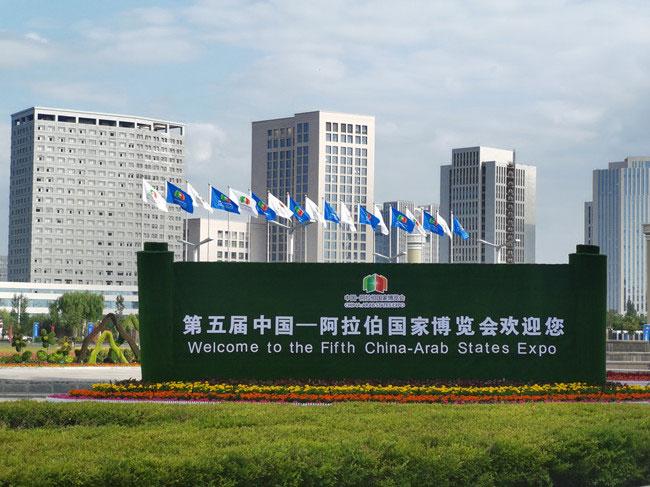 Under the slogan of "Deepening economic and trade cooperation and jointly building the Belt and Road", the four-day China-Arab States Expo attracted more than 1,000 successful global enterprises and hosted a series of online and offline activities, including exhibitions, conferences and forums. Terminus Group was invited by the UAE, the guest of honor of the Expo, and was pleased to present its smart robot series at the event.

Chinese President Xi Jinping made the remark speech in a congratulatory message delivered to the Fifth China-Arab States Expo and stressed that China is ready to work with the Arab States to promote peace, cooperation, and development for mutual benefits and win-win results. President Xi called on Arab States to work with China on high-quality construction of the Belt and Road to establish the strategic partnership between the two with a mutual ambition to build the China-Arab state community and participate in the dawn of the new technological era.

The event was a great knowledge exchange platform for regional sci-tech enterprises by sharing achievements and promoting innovation and collaboration based on smart technologies such as artificial intelligence, big data, and cloud computing. The local expo enhanced the relationship between international organizations from China and the Arab region. Both Terminus Group and Dubai Expo will showcase some of the world’s leading technologies at Expo 2020 starting on October 1st,' and both companies will take the opportunity to promote the mega-event worldwide.

Victor AI, founder and CEO of Terminus Group said, "Dubai is becoming an important hub for all civilizations to embrace the futuristic living. It is indeed a great pleasure for us to be the Official Premier Partner of Expo 2020 Dubai, providing smart technology services for visitors onsite and sharing the vision of colorful living while exploring the boundaries of AI and IoT." 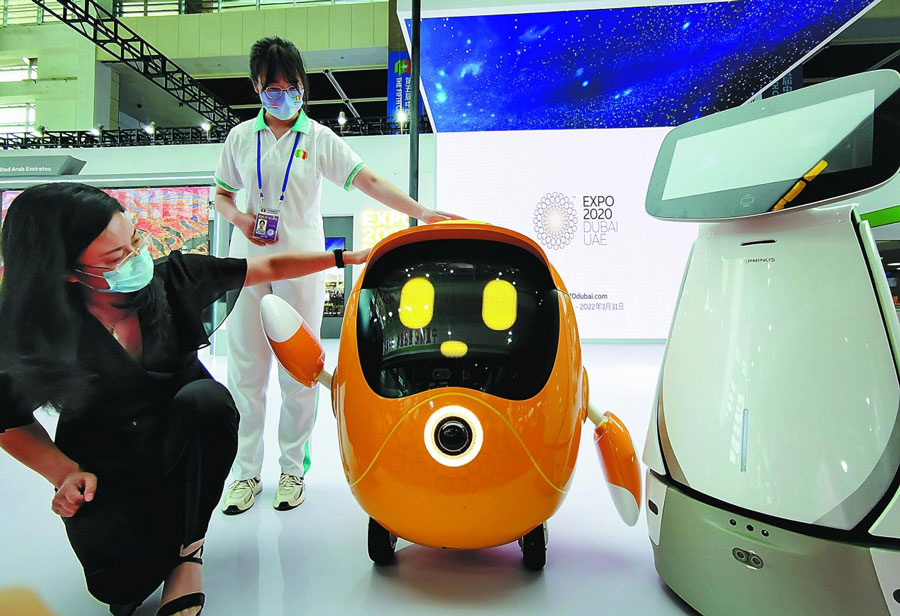 (Terminus Group presented its robots at the stand of Expo 2020 Dubai, UAE)

Terminus Group is the Official Robotics Partner of Expo 2020 Dubai, that will be showcasing its cutting-edge robotics services to visitors from all over the world. More than 150 programmable robots will be based on-site, demonstrating a great technological leap that China has taken in the field in recent years.

AIoT-powered robot ‘Opti’ at the event, one of the robots from the Titan Robot product line designed and developed by Terminus Group. The robot, being an official Expo 2020 Dubai mascot that has been just launched globally, will greet the visitors of the event.

(Opti made by Terminus Group, one of the official mascots of Expo 2020 Dubai, interacts with the visitors at the United Arab Emirates booth at the fifth China-Arab States Expo. /China Daily)

Mohammed Alhashmi, Chief Technology Officer, Expo 2020 Dubai, said, “Our partnership with China and companies such as Terminus Group will be an important part of Expo 2020 Dubai. The trade links between our region are strong and have been central to the way we have been able to counteract the effects of the pandemic.”

Expo 2020 will leave behind a sustainable and meaningful legacy for the UAE and the region. More than AED 40B has been invested in infrastructure, which is expected to generate an estimated 50,000 jobs a year. 80% of the Expo infrastructure will remain in place as a part of District 2020 – an innovation-driven business ecosystem and a diverse and thriving urban community connected to Jebel Ali Port and Al Maktoum International Airport, which are currently two of the biggest logistics hubs in the world. Terminus Group will also build its regional HQ at District 2020, which will further extend the company’s contribution to the construction of District 2020 and helping to build the first AI CITY in Dubai. 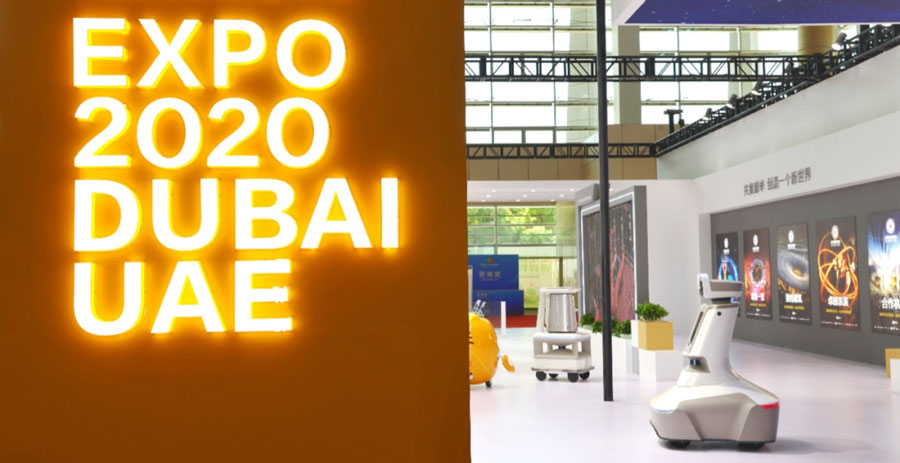 (Terminus Group presented its robots at the stand of Expo 2020 Dubai, UAE)

Facing the pandemic and profound global changes, participants from China and Arab states said they believed the two sides need more than ever to seek common development and tap cooperation potential.

The event brought together representatives from the relevant countries - science and technology authorities and organizations demonstrating the willingness to form a partnership between Arab States and China and contribute to the growing opportunities in the UAE. The event sealed the fact that China has become the largest trade partner of Arab states over the past year, and the bilateral trade hit a value of USD 239.8 billion despite the impact of the pandemic.