International Data Corporation (IDC), a world-renowned IT, telecoms and consumer tech consulting organization, has released a white paper titled, "The Next Stop for the Smart City" – addressing how city-level operation platforms, such as Terminus Group’s ‘TacOS’, can become a part of the "new infrastructure" of a smart city.

The report also reveals how smart cities can provide key long-term support for the digital economy and become a platform for upgrading and progressing the world’s move towards urban digitalization.

For its part, Terminus Group, a global smart services and solutions provider with four smart cities already under development, has indicated it is soon to announce the “next stop” in the development of its proprietary city-wide operating system – TacOS (Terminus AI City Operating System).

With the concept having evolved, exponentially, over the last three decades, smart cities continue to be developed rapidly, with industry experts suggesting that "cognitive ability" is a key next stop for smart city development.

While there is yet to be one agreed upon definition of a smart city, a smart city can be fairly described as a type of urban structure that uses the latest technology to improve the quality of life for its occupants. It may also be defined as a city that has smart economy, transport, communication networks, and energy systems.

IDC’s analysis of the current developmental trends in smart cities suggests that, with advancing digital technology, the construction of smart cities is indeed an accelerating global phenomenon. However, while the paths selected for smart city construction may vary from country to country, the three-point transition of "infrastructure-driven, process-driven, and space-driven scenarios," is most common.

IDC categorizes infrastructure-driven scenarios as those having the characteristics of universality and criticality. Process-driven scenarios focus on the efficiency of specific services, and space-driven scenarios pay more attention to the experience and interaction of people living in, working in, or visiting these cities.

Commenting on IDC’s recent white paper, Founder and CEO of Terminus Group, Victor Ai, said: “Terminus Group concurs with IDC’s findings that smart cities are in a period of rapid diversified development, and that we are now witnessing a transition phase heading towards process-driven and space-driven smart scenarios.”

He added: “The white paper also correctly identifies how these trends are relevant across the dual track approach of low-carbon and digital development – something that is reflected in Terminus Group’s approach to smart city development.”

According to IDC’s report, digital technologies will play a key role in achieving the low carbon or carbon neutrality goals now being pursued on an international scale. This includes the digital infrastructure foundation represented by cloud technology; digital perception applications, represented by the Internet of Things; connectivity technology; and the digital experience and decision-making technology represented by artificial intelligence.

As a gathering place for digital applications, smart cities can contribute to the implementation of low-carbon goals in multiple areas, as well as allowing digital technologies to accelerate the emergence of a new industrial ecosystem.

Seeing digitalization as “new energy” is an important means to change the dependence on carbon-based energy to achieve economic growth. Essentially, by focusing on the combination of digitization and people's needs, alongside the combination of digitization for energy-saving and low-carbon technologies, there can be an effective promotion and rational utilization of urban resources.

Space-driven scenarios are also essential towards people's everyday needs, energy-savings, and low-carbon emissions. This includes smart communities, smart business circles, and smart industrial parks, among others. All of which are an opportunity to incubate the digital economy.

According to the IDC white paper, emerging technologies such as artificial intelligence (AI) and the Internet of Things (IoT) or AIoT, are increasingly being introduced into the smart city space and this is where Terminus Group comes into its own.

With the increasing number of unseen smart scenarios coming out of process driven and space driven concepts, smart cities are now evolving to cognition and, indeed, cognitive ability is increasingly seen as a new top level of its architecture. Indeed, the IDC white paper cites TacOS as an example of the "cognitive" operation of the new infrastructure platform of the smart city.

Ai adds: “The core value conveyed by the next stop in smart city development is that its urban cognitive ability is people-oriented. That is to say, it is dynamically adjusted and sustainable in its pursuit of supporting the most common interests of different groups – within the urban ecology.” He concludes: “A smart city with cognitive ability is the future.”

IDC’s white paper indicates that based on the original cloud foundation, TacOS can methodically integrate various intelligent units and coordinate the management of various tasks in the city in terms of cognitive development at the city level.

Taking Chongqing AI Park as an example, a leading pilot project of an ‘AI CITY’ developed by Terminus Group, the IDC report details the practical application scenarios of TacOS. 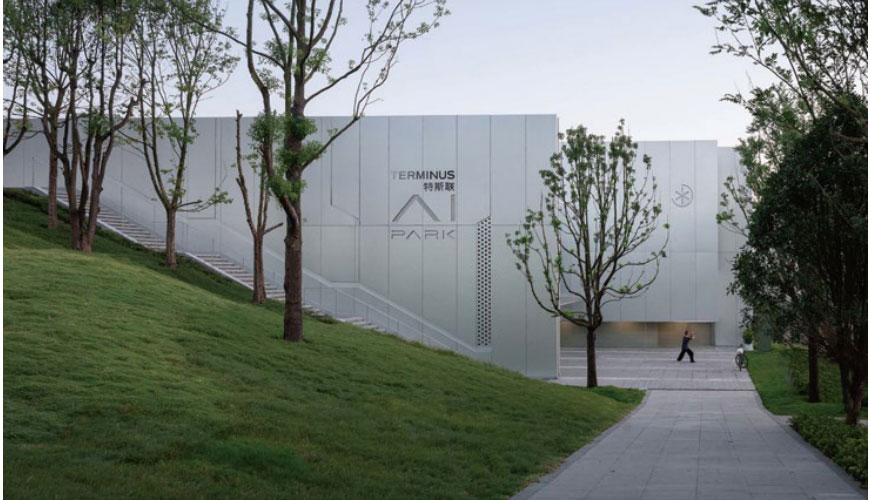 IDC’s conclusion is that it considers the integration of Terminus Group’s TacOS in AI Park as a benchmark for a smart city’s cognitive development.