Terminus' AI CITY: The Cornerstone of Urban Digitization and the Pulse of Cities

On September 23, the world's leading smart service provider, Terminus Group, officially announced its AI CITY strategy in Beijing, the embodiment of Terminus Group’s experience gathered over the past five years, and unveiled the TACOS -Terminus AI CITY Operating System, for the first time.

Victor AI, founder and CEO of Terminus Group, together with Jonathan Woetzel, senior partner at McKinsey & Company and the director of McKinsey Global Institute, Bjarke Ingels, founder and creative director of Bjarke Ingels Group, oversaw the concept and strategy promulgation - one of the most important and grand occasions in AI CITY industry, and gave speeches on urban digitization and Terminus Group’s AI CITY solutions. 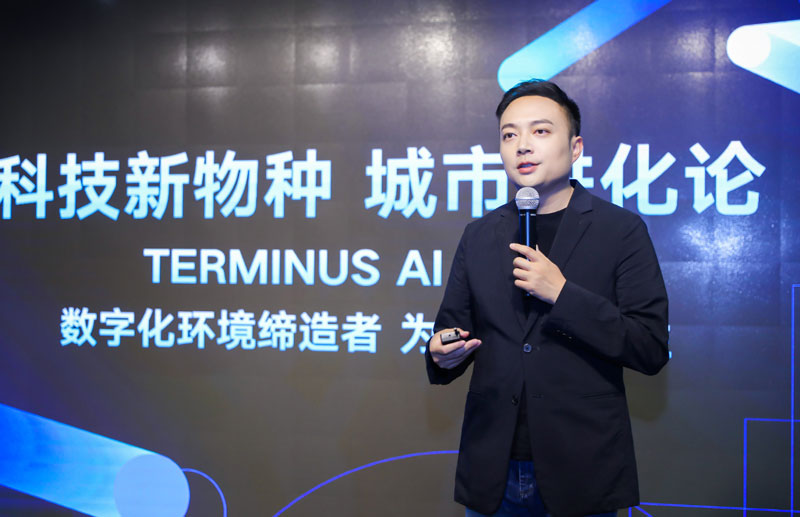 Cities are becoming bigger and denser in an era of unprecedented urbanization. At the same time, large-scale mobile digital layers exist atop these dense environments. Combining these two trends to better understand the city will lead to a great age of Urban Digitization, which can be used to help residents, businesses, and governments gain insights into how cities work.

In response to the aforementioned trends and requirements, Terminus Group’s strategy has combined the hardware and software to further promote the OTA (Over the Air) city autonomous upgrade model reshaping the form of the city. As the core idea of Terminus Group’s AI CITY strategy, the city OTA describes an underlying system for urban interaction that can be constantly upgraded and modified remotely.

In the AI CITY, various solutions including smart communities, smart fire protection, smart security, smart finance and smart cultural tourism are all packed into digital layers that are ready to be deployed in upgrading the target industries, and they are all integrated into the city smart operating system TACOS. Being the essential parts of the city's neural network, they could contribute to making the city brain even smarter. TACOS, the city hub, will be a collection and a distribution center for diverse information and instructions coming from the IoT devices spread around the city, and will help the city operators obtain instant information and make more responsive and optimal decisions.

Nowadays, the traditional notions of what a city can be and how it can best serve its citizens has been challenged by new game developers, planners, and designers

According to Victor AI, "Just like the invention of the smartphone in the mobile network era and the vehicle networking inspiring the smart cars revolution, in the 5G+AIoT era, as the aggregation carriers of various vertical scenarios, and the most important supportive arm for the industrial economy, cities will also upgrade in the transformation from traditional mode to AI driven form. Definitely, Terminus Group was created to meet the demand for the new, future city format".

At this global press conference, Victor AI also introduced the CLOUD VALLEY, the world's first AI CITY initiated by Terminus Group in Chongqing in April this year, which is also Terminus Group’s first achievement under the partnership with BIG and has directed path for the world’s AI CITY development. 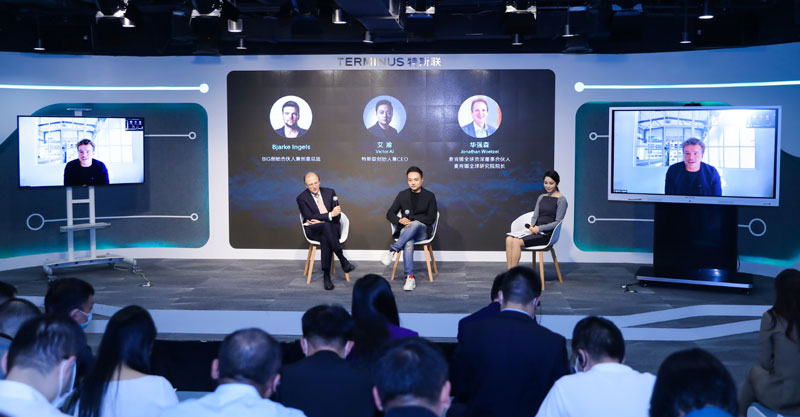 Victor AI, founder and CEO of Terminus Group, together with Jonathan Woetzel, senior partner at McKinsey & Company and the director of McKinsey Global Institute, Bjarke Ingels, founder and creative director of Bjarke Ingels Group, oversaw the concept and strategy promulgation in this one of the most important grand occasions in AI CITY industry

Bjarke Ingels commented:” We have over the recent years worked with several of the world’s leading technology companies. We are thrilled to bring our experience to Chongqing and together with Terminus Group create Cloud Valley, the first landmark project in the Hi-Tech Zone to become a new center of innovation for China.  Cloud Valley is envisioned as a city where people, technology and nature thrive together – with spaces designed for all types of life: human life, plant life, animal life and even artificial life. The Cloud Valley takes its inspiration from the natural Wulong Karst in the Chongqing Wulong National Park where valleys and mountain form stunning meetings between the earth and the sky. As a brother and sister, the two plots mimic each other’s opposites - The Mountain becomes a striking landmark in the area giving shelter to a protected network of courtyards filled with inviting public functions - The Valley offers the largest public accessible green rooftop in China for open air events. Below the green carpet roof, the building opens up to the surrounding public inviting visitors into this new neighborhood.”

With regards to Terminus Group’s AI CITY solutions, Jonathan Woetzel commented: “Terminus Group is the direction for the future development of China’s AI CITY industry. And going to step further, not just in China, the intelligentization of the city will fundamentally subvert the current model of urban infrastructure, and we firmly believe Terminus Group can accomplish this remarkable feat.”

At this press conference, Terminus Group also launched its "T-Plan”, which is the company’s newest initiative aimed at recruiting the top talents specializing in AI, IoT and cloud platforms worldwide to back its global AI CITY ambitions.